Congratulations to the Year 9 boys who played extremely well against Three Rivers Academy this week.

Blenheim were ready and raring to go in the first half with Nickolas winning the tip and keeping possession for the majority of the first quarter. An excellent first basket from Baron set the tone of the match and settled the nerves. Some end to end play from both teams kept the pace alive, however tactics needed to change to bring about a more dynamic play.

Scoring from both teams kept the urgency of defence alive. Blenheim used the width and space to their advantage which saw Charlie and Kobi both adding to the score sheet. Atticus showed excellent agility on dribbling and used the space well to maintain obsession. Nickolas showed great anticipation of the game and swiftly intercepted many of the oppositions' passes. Ellis used space and well and got back on defence ready to reset. An excellent solo effort from Baron dribbling the length of the court to score a text book lay up. Fantastic work. As the speed of the game increased in the second and third quarters, passing and moving improved. Kobi held his position well and with great foresight from Atticus, linking up over 20m to see Kobi score again.

Blenheim led going into the final quarter with scores potentially going either way. Three Rivers set themselves up for a three pointer in the final seconds and scored a super basket. Unfortunately this meant that Blenheim were defeated by score but not in spirit. I'm impressed at Blenheim's sportsmanship and teamwork throughout the match. Well done to Three Rivers for being great opponents. 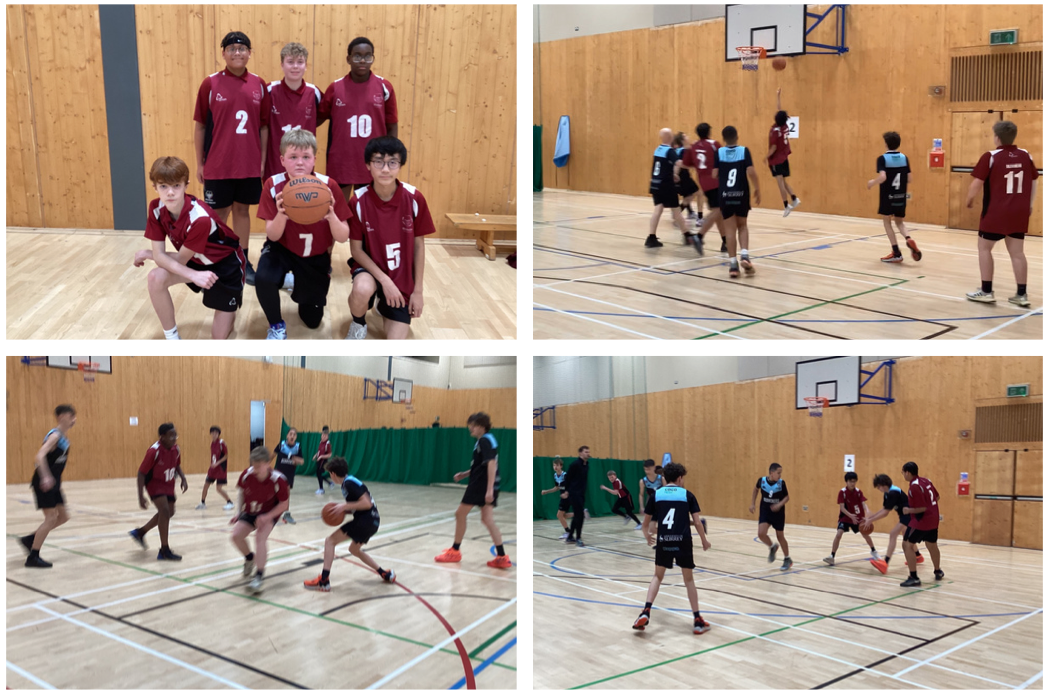